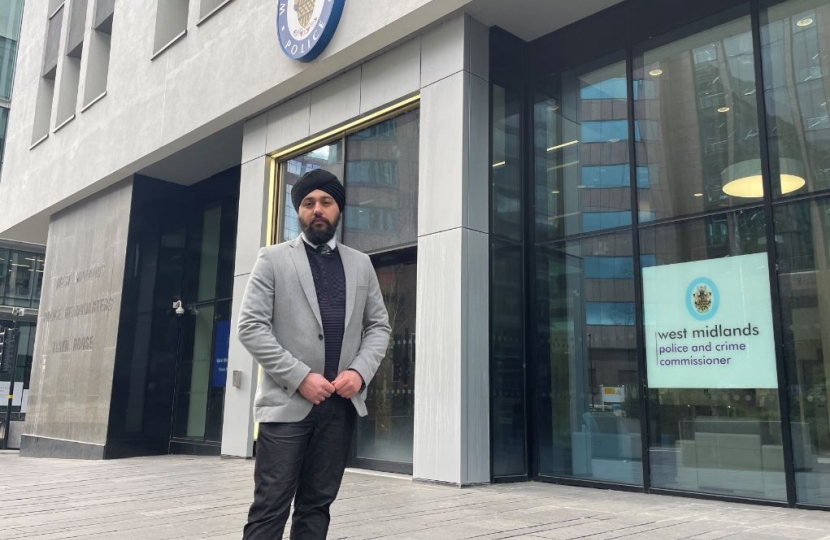 New court orders to boost efforts to crack down on knife crime will be piloted in 4 police forces, Home Secretary Priti Patel has announced.

The orders are designed to ensure convicted offenders are steered away from crime and, if they persist in carrying a knife or an offensive weapon, that they are more likely to be caught and put in prison.

"In the West Midlands, violent crime has nearly tripled since the last Police and Crime Commissioner election five years ago – while serious issues including knife crime, domestic abuse and weapons possession are causing heartache and concern for residents across the region. I welcome the Home Secretary giving the West Midlands new powers and court orders to tackle this crisis – and if elected PCC, I will work closely with her to ensure we get violent crime down."

For more information about Jay's plan to get crime down visit www.jaysinghsohal.org.uk

I entered the WM PCC race with a clear objective: to tackle record levels of rising crime across my home region, and to deliver more policing and less politics as Police and Crime Commissioner.